Gwenno attended our final camp with the Welsh Netball squad  prior to departing to represent Wales in the Netball World Cup in Sydney Australia where we achieved the country’s highest placing 7th in the world . Gwenno delivered a workshop on Media Training and made it fun and interactive which all the squad enjoyed after a long day in camp. Gwenno was able to draw on and share with the Welsh players and management, her many years of experience in this area. The workshop was informative and the tips that Gwenno shared with us we certainly used under the intense media glare at the Netball World Cup Many thanks Gwenno for sharing your knowledge and expertise with us

Trish Wilcox
Head of Elite Performance Welsh Netball
Working with Gwenno has given me a very safe place to confide certain issues that as a high profile County Councillor I would need to be very careful in disclosing to anyone. She has allowed me to consider, reflect and make conclusions on many challenging issues involving a great deal of tax-payers money. As a very public figure, coaching allowed me to explore and analyse quite complex decisions in a totally safe environment. I have found Gwenno to be extremely thorough and professional in her approach. She gets the job done extremely effectively and leaves no stone unturned to ensure that the outcome is a positive one. She’s also a very good laugh! 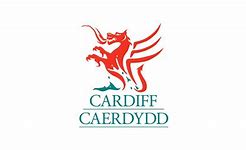 Deputy Leader of a large City Council & Member of Executive for four years
I have worked closely with Gwenno since the year 2000: as Chair of the Governing Body of Treganna Welsh Medium School in Cardiff, in seeking to support her pioneering work with the ‘National Saint David’s Day Parade’ (NSDDP) and in an array of equality contexts. As a key contribution to Welsh national life, Gwenno instigated and wrote the Welsh and English lyrics to the official ‘National Saint David’s Day Parade’ song which was launched in early 2008 by Lord Dafydd Elis Thomas at the Assembly, it has since become recognised as the ‘Saint David’s Day Anthem’. She instigated the idea of having County Banners to celebrate our patron Saint and ‘The Pembrokeshire Banner’, the very first one, now has a permanent home in Saint David’s Cathedral. She has also since instigated the Carmarthenshire and Montgomeryshire County Banners as well as numerous school banners – the first of which from Ysgol Cwmgors was given a permanent home in San Fagans in 2019. The NSDDP has promoted the growth of over twenty two parades throughout Wales by 2019 and these continue to grow year upon year. The NSDDP has offered modern Wales a warm and inclusive pattern of national identity which serves as an exemplar for those who aspire to creating a fair and equal nation and Gwenno’s role in the tremendous growth and development of the parade is unquestionable. I recommend her also as an actor, singer and creative writer of considerable ability.

Reverend Aled Edwards. OBE Chief Executive Cytun (Churches Together in Wales)
Get in touch
Call Now Button
This website uses cookies to improve your experience. We'll assume you're ok with this, but you can opt-out if you wish.Accept Reject Read More
Privacy & Cookies Policy
Necessary Always Enabled